On the 23rd of September 1989, a Steering committee first met to form a Leicestershire Ladies County indoor Bowling Association this followed on from a suggestion by Mary Cox and Mary Bryson of Carlton Enderby.  Delegates were invited from Indoor Clubs in the county and the meeting was attended by Sheila Burford and Jean Cox (Leicester), Jean Finch and Sue Dixon (Melton), Wendy Saunders and Vi Morley (Charnwood), Molly Bateson and Mary Cox (Carlton) and Sue Jones (Barwell).   The meeting led to a positive outcome and the Association was created with financial help from each of the clubs involved of £25 per club.

The first Interleague game was in November 1989 and the Association became affiliated to the EWIBA in June 1990 when the committee expanded to include an SVP and JVP and Delegates from each of the clubs.

The first Intercounty Friendly game was in February 1991 and this led to the Leicestershire Committee appointing a Match Secretary, Jenny Sutcliffe.

The Fox Logo was designed by Chris Percival and the Fox Mascot donated by Joan Haines (Melton) the latter being presented at an AGM in 1993.  A competition was held to name the mascot and Freddy was the winner.  Freddy continues to support at matches during the season and received a new set of clothes from President Ingrid Turner in the Silver Jubilee Year.

County Finals were played originally with club winners and runners up taking part, but this changed in 1994/95 to winners only when the ladies amalgamated with the county men for the finals and time and duplication presented problems.

In 1996/1997 Leicestershire was instrumental in forming the Midland County Womens Indoor BA to allow Intercounty games to be played in a league form. Angela Bowness invited Delegates from each of the counties to come to a meeting at Charnwood.  Leicestershire, Nottinghamshire, Lincolnshire and Northamptonshire went on to form an Association with Clare Cheyney of Leicestershire as Chairperson, Mavis Stone Secretary and Wendy Saunders Treasurer.  Hertfordshire joined a southern area league and Warwickshire and Bedfordshire declined at that time although both joined later.   At that time Charnwood was agreed at the HQ for the League.   Leicestershire have won the league twice, the second win coming in the Silver Jubilee Year.

During 1999/2000 Church Gresley became affiliated to Leicestershire and in 20001/2002 Market Harborough also joined although they withdrew after a few years due to lack of numbers.

During the Silver Jubilee Year 2014/15 the Association held celebration matches at Carlton Enderby our President's Ingrid Turner's Club and were joined in the first game by representatives of the EIBA on the 15th of October and in the second game on the 25th of March by rinks from the counties forming the Midland County League.  The EIBA had also joined the Association during the 10th Anniversary celebrations at Carlton when Mollie Bateson was President.

One the features each year is the President's Day which has not diminished with the passage of time and brings out the creative and fun-loving side of our bowlers.  This is reflected in the gallery later in the page.

Thanks to Wendy Saunders for providing the facts that have made up this history.  If anyone can add content, please contact Secretary Sue. 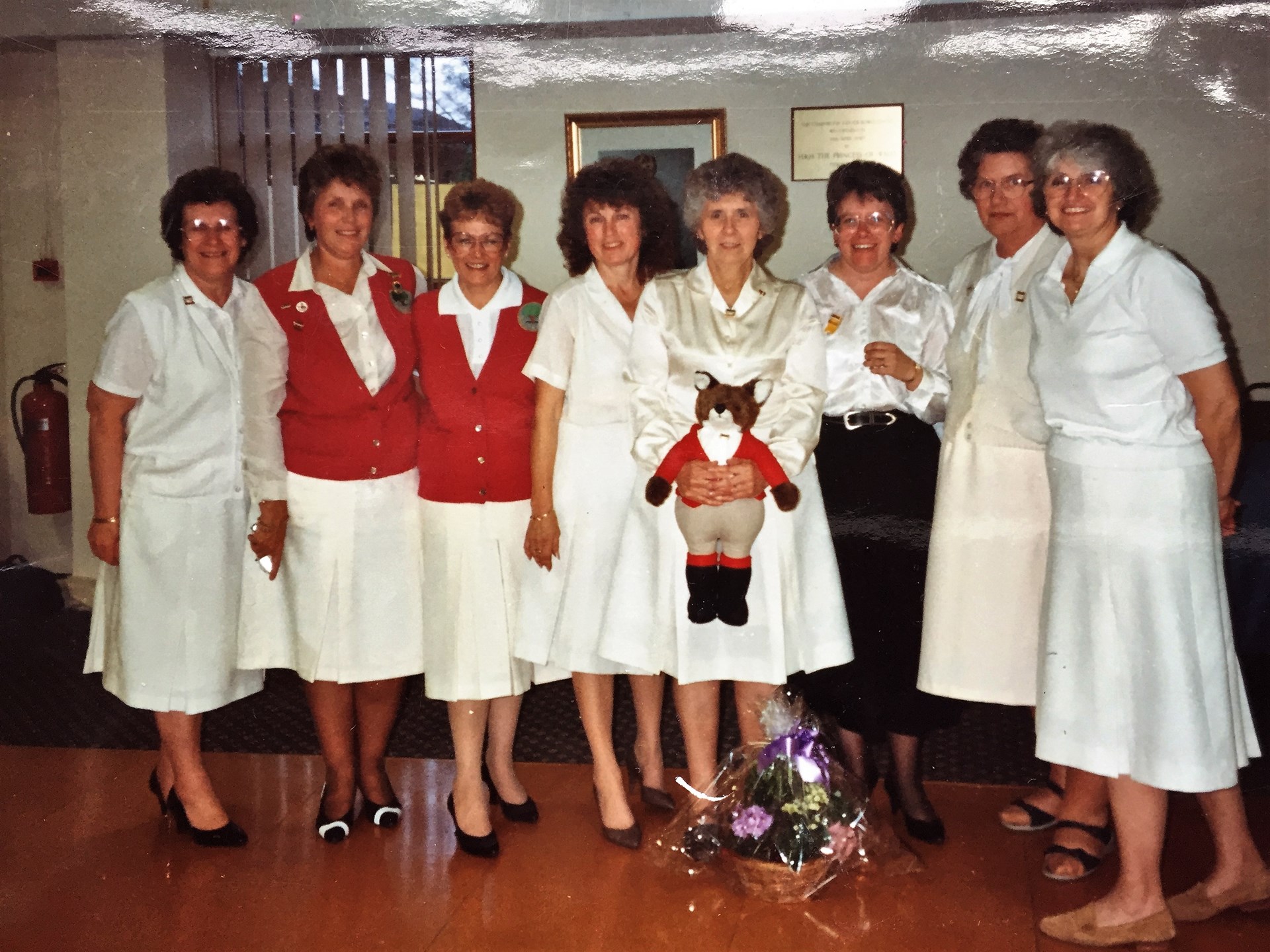 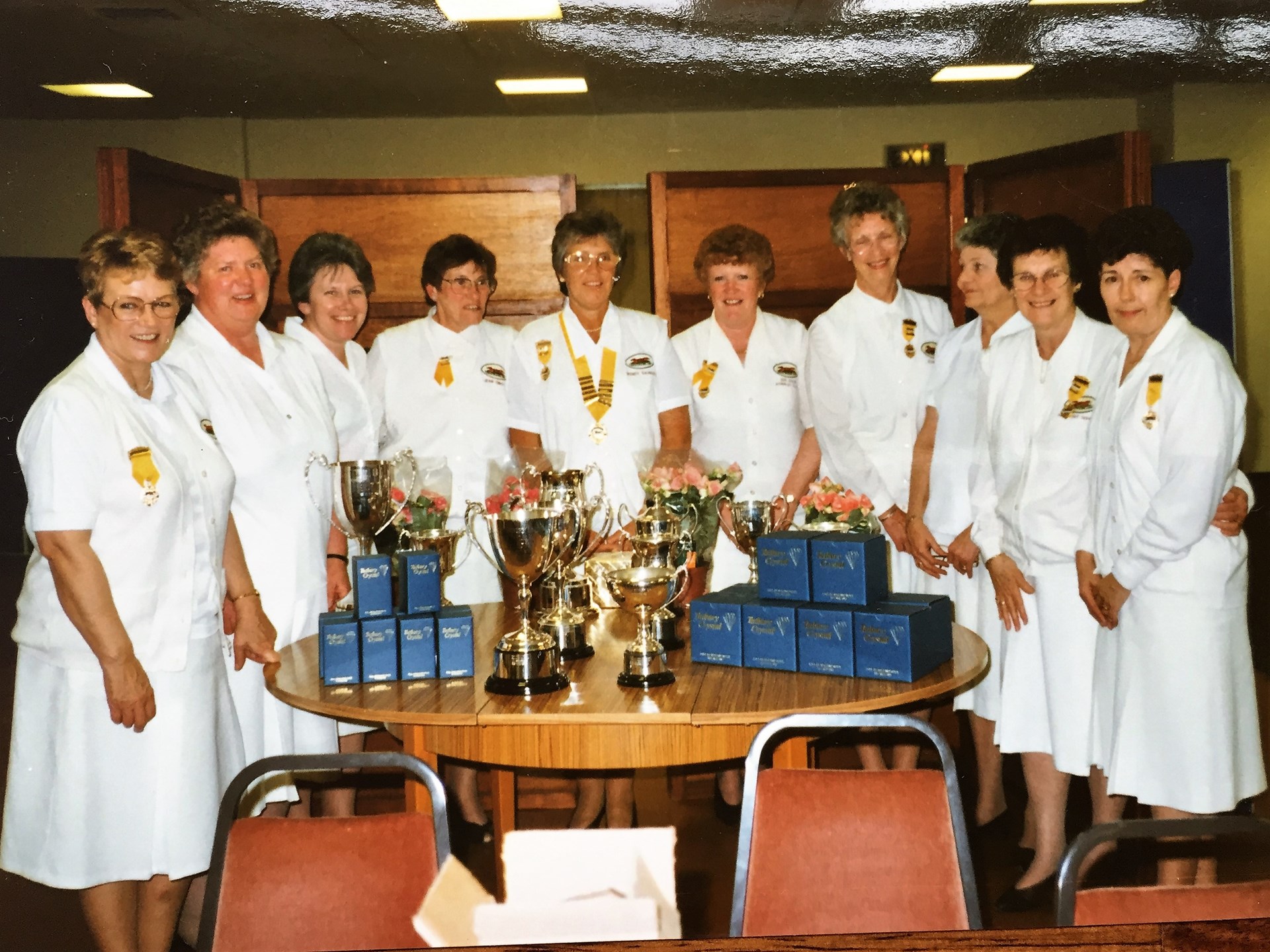